With the ability to protect your family and assets while even having the potential to save on home insurance costs, there are plenty of great advantages to having security cameras in your home. The problem for many homeowners over the years, however, has been finding a quality camera that is affordable and reliable.

Enter the Amaryllo iCamPro. Starting as a KickStarter campaign in December of 2015, the iCamPro has become has already received recognition as a 2015 CES Innovation Award winner. It has some incredibly advanced technology that can do everything from talk and hear to detect faces and track intruders.

Not only that, but it also has the versatility of being able to turn 360 degrees around to track anything that it has targeted. The technology involved with this device is as advanced as any that has been seen in the security camera industry over the past decade.

Some of the specifications and main features surrounding the Amaryllo iCamPro include the ability to record video up to 1080p at 30 fps as well being able to store up to 32GB of video. You can also store your video through their cloud subscription service.

For users worried about the security of a camera that stores on the cloud, you will be happy to know that it is designed with 256-bit encryption and even has alert support for certain devices. The camera has the ability to detect faces and, if a face is not detectable, can issue an alarm that is sure to deter intruders. 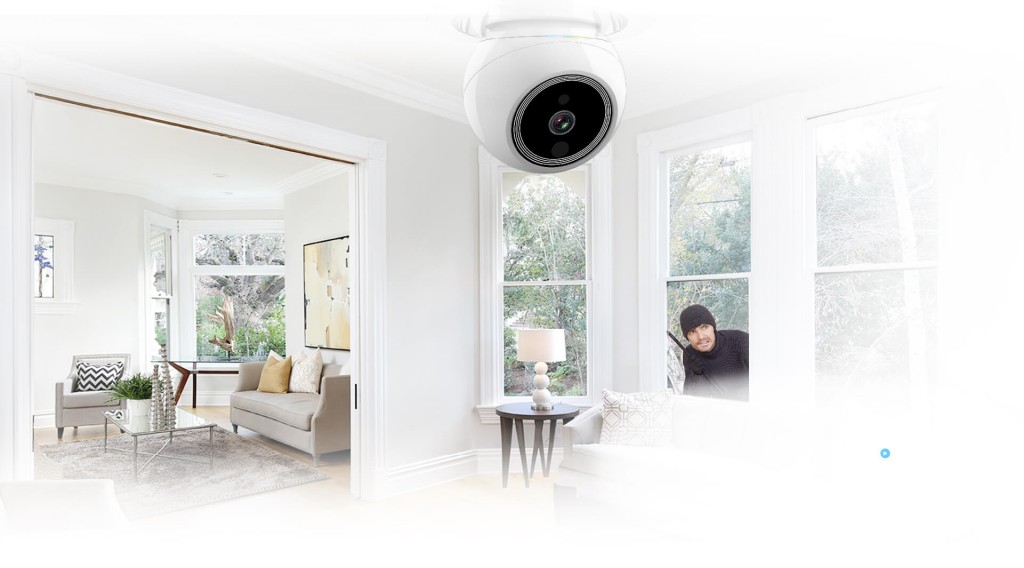 The motion sensors on the camera work to immediately detect movement up to 30 ft away and then orient itself to point towards and track that movement. The camera has a two-way audio that allows for interactivity via microphone or speaker and can be controlled through both iOS and Android devices.

One of the cooler features of the iCamPro is that you can program it to notify you immediately of any face that is not detectable. If a face is not detected, you will then be send a snapshot or snapvideo of the individual. During this time, the camera will voluntarily ask the intruder to identify themselves. If they cannot do so, an alarm will sound immediately.

With the amazing technology included with this device, you are probably thinking that it would be far out of your price range. Interestingly enough, however, the price is comparable to many of the other quality security camera options that you will find on the market today.

You can currently get a Amaryllo iCamPro by making a pledge for only $199 on KickStarter. With this pledge, you will also receive a yearlong subscription to their cloud plan for storing videos and photos. Amaryllo has said that they plan on keeping the price of a single camera in the $200 range, although you will also have to pay a monthly fee for the ongoing cloud plan.

While there are still some kinks to work out as far as mass production of the Amaryllo iCamPro and the specifications of certain features, the launch date is currently set for some time in April 2016. With the one-year warranty that they offer on parts, there is very little risk associated with making the commitment.

Door Jammer - Do You Even Need a Monitoring System Anymore?