Time lapse videos are awesome. Aside from being used to add creative flourishes in film, they also have a number of practical uses in real life situations too. For example, they can be used to document the progress of a construction project, study the growth of plants, and even track the movement of stars in the sky.

Versatile as time lapse videos may be, creating them is hard work. You need to have both the right logistics, equipment, and personal know-how before you can start shooting your own footage.

But what if you can create creative, professional-grade time lapse videos with just a push of a button? Since entering into the time lapse imaging market in 2009, Brinno has been constantly trying to prove just that.

And here to give us an insider’s look at how this very innovative company works is Chris Adams of Brinno.

Thank you very much for agreeing to this interview Chris! We’re big fans of time lapse videos so we’re really excited to see what Brinno can offer us.

To get things started, please do give us a brief overview of Brinno as a company, and its place as an innovator in the imaging market.

Brinno was the first company to bring dedicated Time Lapse Cameras to the world market. They were also the first company to bring a Peephole camera which actually captures the images through the peephole. This is important as there is no lens for a bad guy to smash and nothing to indicate that the Peephole Viewer/Camera is installed. The technologies that go into these two class of products are very specialized and a core strength of Brinno. 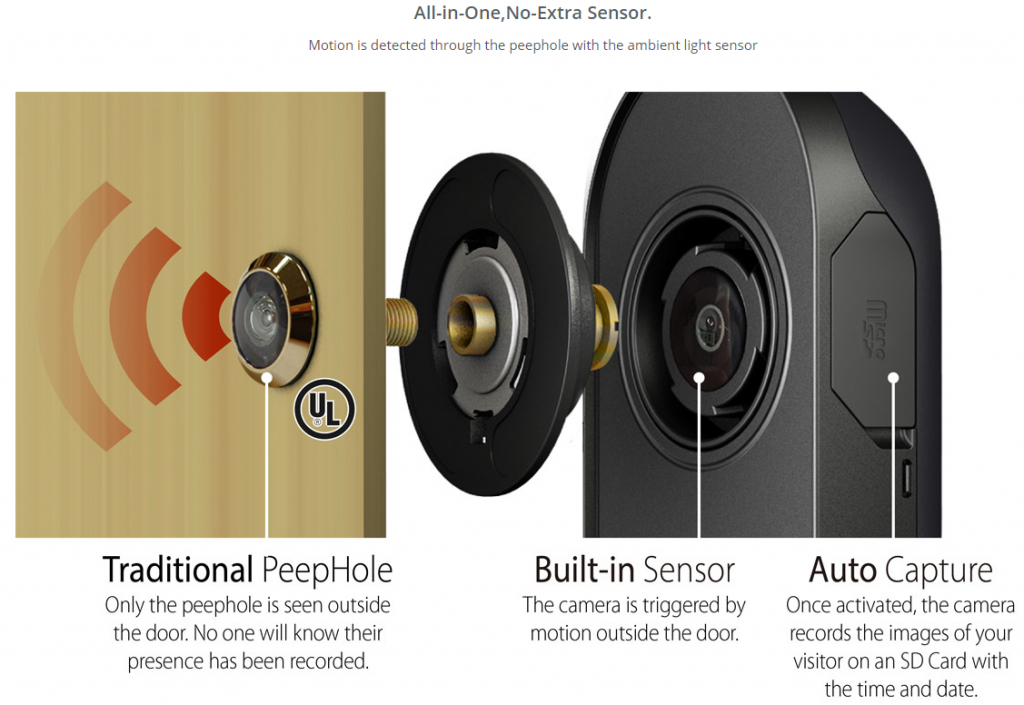 You have been making digital imaging solutions since 2009- and doing great at it too! As the makers of the first quality mass market time lapse cameras, what can you say about the imaging field in particular? Like how it is in its current state and where it’s headed in the future.

I am not sure I am qualified to speak to the market as a whole, but I see the continued success of dedicated cameras serving a unique application, like the GO PRO cameras for action sports and like our Time Lapse Cameras for Construction. Cell phones will continue to take market share from the point and shoot market and camcorder market.

How does Brinno compare to its competitors in the market? What makes you stand out?

In the generic Time Lapse camera side we do not have general competition, but that is a very small specialized market. The Construction camera market is huge and we have a very good solution, priced right. Even better stuff coming. The education market, the travel ( RV’s, Motorcycles etc. ) are big markets for us. Anything that takes a little time, is what we are designed to record.

The Peephole viewer/camera market is interesting. We are releasing a wifi enabled Peephole product that is generic. No need for anything other than a home wifi network. Simple, inexpensive, and reliable. We are excited.

We also have begun producing accessories like our Pan Lapse, the ART200. It is a programmable rotating camera base, that works with our cameras and any smartphone or DLSR. It produces wonderful sweeping videos.

Those are some great some insights, Chris! Now, we’ll move on to your current flagship products, which we’re pretty sure our readers are excited to learn more about.

Please do give us a quick rundown of why a Brinno Time Lapse camera is the best choice for people who want to take time lapse videos (as compared to more “traditional” time lapse set-ups).

The TLC200PRO is our top product right now. The HDR sensor is fantastic. People fall in love with megapixels, they think the more the better, and in certain applications that is very important, but in most of our popular applications a balance of battery life, file size, and image quality are more important. The PRO has all of them. The BCC200 is a bundle designed for construction, and has the TLC200PRO as its camera. The BCC100 is our largest selling construction camera bundle, with the TLC200F1.2 camera it has the best battery life, great field of view, and is just a very reliable camera.

These are the best cameras for recording any event over 3 hours… and some events shorter. A 4 month house build can be recorded and played back in 1 or 2 or 3 or 4 minutes. The same is true for a skyscraper or a hockey rink. You choose the rate at which to capture ranging from a photo a second to a photo a day. You choose the playback rate. Brinno cameras are designed to create time lapse videos, only. This has allowed us to create cameras with battery life unlike anything else on the market. Months, some are over a year. Awsome.

We’re actually very impressed that the time lapse technology that you’ve perfected in your cameras, you’ve also managed to utilize in your own brand of home security cams.

Can you walk us through the technology behind the Brinno security cams (both frontdoor and outdoor)? Other lesser cams would often require a separate sensor to achieve the same functionality. How does Brinno manage to fit so much tech in such a small, portable, package?

At the core of our technology strength are two items. Battery life,which I referred to earlier and spectacular image quality with smaller sensors. Smaller sensors because if you record a building being built for 6 months, you do not want the video data to outweigh your building. 99% of these videos are viewed on PCs and tablets and phones. Size matters… smaller. Even our Peephole viewers/cameras, have battery life ten times our competitors.

What are some of the best features of Brinno cams that you think our readers should know more about?

Our new cameras have Bluetooth Low Energy, wifi and soon 3/4G capability. This is the new feature that takes us to a new level. You control and view everything from your smartphone, tablet or whatever. This is the most important new feature in my mind. Oh and 1080p video.

Say for example, a budding astronomer wants to create a time lapse video of the stars’ movements in the sky. How will she set up her Brinno cam to capture this kind of footage, and what settings will she use?

The Brinno TLC200 Pro camera is well suited for amateur astronomy and low light conditions. Featuring a large 4.2um pixel size the camera excels at gathering light. The camera settings are designed to allow long exposure captures with Night, Moon and Star modes which offer increased exposure times allowing more light to hit the sensor. Camera set-up couldn’t be easier, set it on the hood of a car, tip the lens towards the sky and start shooting.

Mind if you can share more time lapse capture tips? Our creatively-inclined readers would really appreciate it.

There are a few very simple, but important considerations for successful time lapse videos. Unless you are recording from something moving (car, bike, etc.) you want to make certain your camera is very stable. Horizontal shifts between frames can be quite noticeable in a final video. Especially for long term projects, having a solid mounting point can be the difference between an okay and great video. All of the Brinno cameras offer unprecedented battery life, a user can record for months without attending to the camera. With the longevity, we occasionally see users make two major mistakes when recording their videos. Sometimes, users will choose to capture once an hour over six months, others may choose to capture once every five seconds. Both scenarios are bad, the first will result in too little footage and a short video. The second will result in an editing nightmare at the end of the project. Having too little footage is much worse as there is no way to recapture. However, there is a balance which can be determined at the start of a project. For a six month project, a capture every 10 minutes would give ample footage for editing and result in a nice 1.5 minute movie.

So, what’s the next frontier for Brinno? Do you have any new line of cams that are in production right now? Any expansion plans for the future?

We have new and improved cameras, with more connectivity options, longer battery life etc., in various states of production, so you will see them in your retailer starting in May. 4K is on the horizon as well.

Our readers must be raring to buy a Brinno camera of their own by now. Do you have any discount codes that they can use?

Many of our retailers offer special pricing on various models.  I suggest going to www.brinno.com and check out the various retailers.

Once again, we do appreciate the time that you’ve given us for this interview Chris. Brinno has long been an innovator in its field, and the quality of its products accurately reflects that fact. We are looking forward to whatever new devices the company might come up with in the future.

For our readers, any comments or suggestions? Post them below!

Property Crime Rate: Our Ranking Of The Most Dangerous vs Safest States To Live In The US! [RESEARCH From 2005 to 2014]

Interview with Scott Ledterman of Myfox: Preventing Break-ins Before They Occur