The problem with most home security systems nowadays is that they can be such a chore to set-up. Sure, they promise lots of features and gimmicks, but when you need dozens of sensors and cameras just to get the whole thing to work, then you have a problem.

But what if you can condense all the relevant features of most home security and automation systems into just one handy device. Sounds impossible? Think again.

With Icontrol’s Piper, everything that you’ll ever need to keep your home safe, secured, and surveilled is condensed into just one handy smart gadget. No need for extra sensors, cams, and what-have-you.

So, let’s get this started! Gracing us with his presence today is Reza Kazemi, Product Strategist at Icontrol Networks

Hi, Reza! Thanks for taking the time to answer our questions. First, our readers would like to know more about Piper itself. What are its origins? How did its concept came about?

Soon after founding, we wanted to understand how best to fill a void in markets whose consumers had no access to home security, particularly renters. After some brainstorming and conceptualization, we settled on a hardware product with a wide-angle camera, sensors and home automation functionality. We then added a siren, 2-way audio and Wi-Fi connectivity to the mix, and settled on a friendly and attractive design.

Since the world was moving quickly towards IoT (Internet of Things) and access to information was becoming readily available to everyone’s fingertips, we felt the best way to interact with our new product was through the use of mobile apps.

Piper was born to help people of all walks of life secure, monitor and automate their homes.

Piper is a unique all-in-one home security solution, but it also has a lot of competitors. Question: What are the qualities that give Piper an edge over other home security devices on the market today? What makes it stand out from the rest of the pack?”

Piper is unlike almost every other security device on the planet. Piper’s video camera features a 180° field of view (FOV). It includes a siren, motion sensor, microphone, speaker, sensors for temperature, humidity and ambient light, and battery backup. In particular, what makes Piper stand out is its home automation technology, powered by Z-Wave. 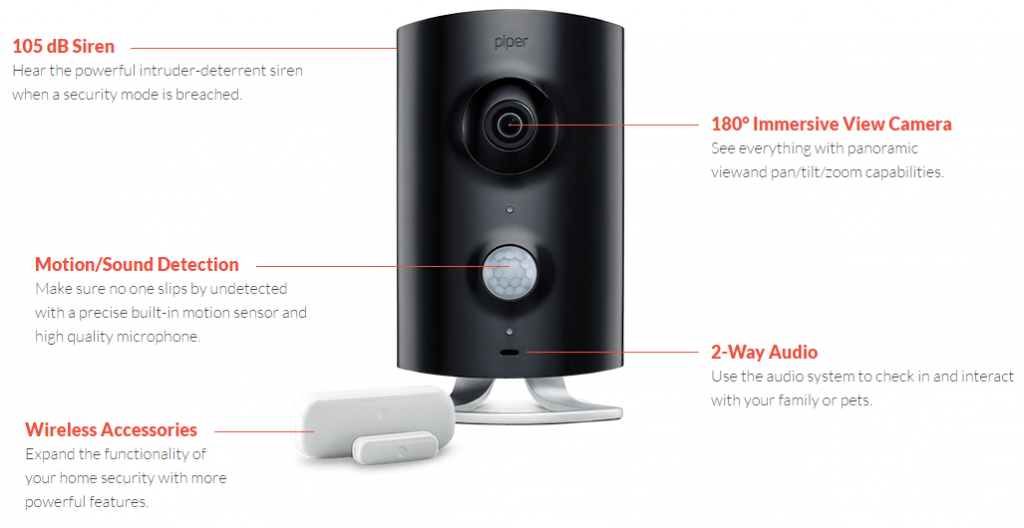 Unlike most products in the space, users can not only monitor their home, but interact with it using various wireless accessories such as sensors, light bulbs, plug-in modules, etc.

Very soon we’ll also be integrating IFTTT so that customers can connect Piper to a host of other products and services.

Piper promised a lot during its Indiegogo crowdfunding campaign… and come product launch day, it was able to deliver a lot too. Many ambitious crowdfunding projects have failed in the past by not being able to follow through on the features that they promised their backers. But obviously, this is not the case with Piper. How was your experience developing and marketing Piper using crowdfunded platforms?

Crowdfunding was one of our most ambitious and humbling undertakings. We sought to not only generate buzz and pre-orders, but to really learn about which features people were demanding.

I can still remember having a little get-together with co-workers during our campaign and refreshing the Indiegogo screen every 30 seconds. We were incredibly excited watching our numbers go up, but we were equally reinvigorated to ensure we delivered in a timely manner, with the security and features users have come to expect (and demand!) from an IoT product.

Piper was the one of the largest Canadian crowdfunding projects ever, raising over $300,000 USD. Over 1200 people ordered a Piper during our campaign.

So, in light of Piper’s success with crowdfunding, what are some tips that you can share with startups about launching their own crowdfunding campaign? Do you think that Indiegogo is an effective crowdfunding platform?

Indiegogo is a wonderful platform and we’re proud to have showcased our product on it.

Startups need to remember that crowdfunding, at its core, has more to do with building a community than taking pre-orders. You can’t deny the marketing potential of crowdfunding platforms, but you must respect the entrepreneurial goals of such an enterprise. Take feedback, tweak your product, connect with your users, stay humble and be creative with your pitch!

Icontrol is offering two kinds of Piper cams, the Piper classic and the Piper nv. The Piper classic is basically a steal at $199. While we love its video-on-demand, two-way-audio, and pan/tilt/zoom/split screen abilities, we’re especially impressed about the fact that it can provide a whopping 180 degree field-of-view- a first in the industry. What’s the tech behind this impressive feature? And why is a wider FOV beneficial for home security?

A wide-angle camera is a must in a home security system. A 180° FOV literally lets you see everything, wall-to-wall. We think this is crucial.

Finding an affordable, workable 180* lens, streaming the video and making the app experience unique and usable was, in my mind, one of our greatest challenges and accomplishments. Typically, camera manufacturers will cut off the edges of a video ‘image circle’ (the projection of the image cast onto an image sensor). In our case, we needed to capture everything horizontally, which involved very careful selection and calibration of components, including lenses, CMOS sensors, lens mounts and in the case of Piper nv, the day/night switcher, which blocks infrared light from hitting the sensor during the day but allows it to pass through at night.

With Piper nv, our challenge was even greater. There were no consumer cameras offering 180° night vision, and we were the first to make this happen. This involved some custom plastics engineering which allowed our infrared LEDs to properly disperse their invisible light, and stay hidden when not operational. I consider this one of the most challenging problems we’ve faced and our team really rose to the occasion to deliver this functionality in record time.

Aside from being night vision-enabled, the Piper nv also promises an “Enhanced Immersive Video Experience.” We’re curious about the word “enhanced” here. How exactly is it more “enhanced” than the classic version? What are the main differences between these two cams?

Piper nv’s resolution and lens differ from those on Piper classic. We tweaked how we wanted to display and stream video with Piper nv such that instead of presenting a (mostly) circular fisheye view, we intentionally cut off more of the ‘floor’ and ‘ceiling’, and present the video in a wider aspect ratio. This allows for more effective pixel density and lets more visual information be transferred when streaming. When using the app’s electronic pan/tilt/zoom features, this results in a higher resolution.

Piper nv’s lens is also more clear and captures more light, due to its larger size.

You covered some of the wacky ways with which people have successfully used Piper cams in this blog post. But are there any instances wherein a Piper cam was able to do its intended function (i.e. stave off intruders) successfully? We’d love to hear some of the feedback from people who were able to use the Piper cams to keep their homes and families safe from danger.

Piper has helped a great many people! I remember a particular instance where we heard about a user whose ‘DIY security system’ (which we found out was in fact Piper) caught two robbers ransacking his house while he was away on vacation. The customer was from Alberta, Canada. When he received a motion notification, he connected and watched two men in dark clothing proceed to steal various belongings. When he notified his neighbours and police, they gave chase (in a helicopter, no less) and the criminals abandoned the getaway car, with the customer’s belongings intact. I know it sounds crazy, but this actually happened, and we hear new cases like this every month. It’s scary, but gratifying to know that our little product helped someone in a big way.

It also helps keep things in perspective for us. Our Piper is in real people’s homes, protecting their stuff and loved ones. We don’t take our responsibility to deliver a reliable product lightly.

We’ve heard that Piper devices not only act as home security cams, but they can also be used as an automation hub for Z-wave devices. For those not technologically-inclined among us, would you mind giving us a brief explanation of how you can connect your smart devices to Piper? 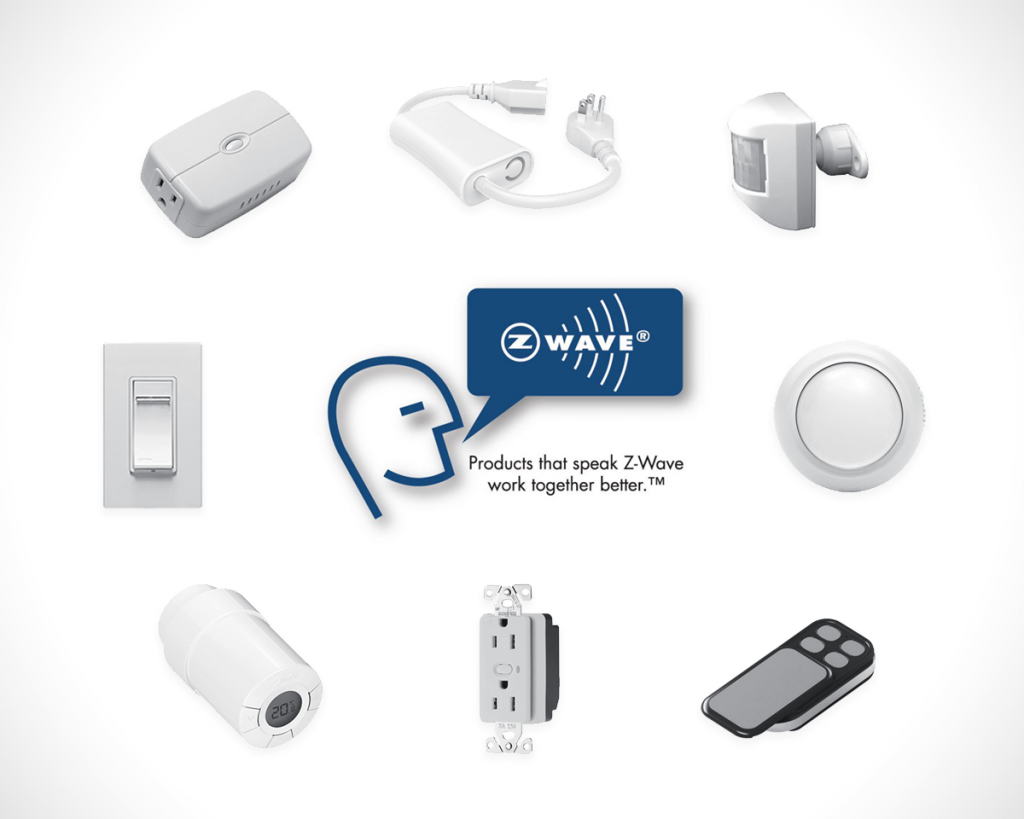 Connecting an accessory is easy (you usually just press a button on the device once you’ve told Piper you’d like to pair a new accessory), and with security rules, you’re immediately able to make use of the extended functionality. I believe this sets us apart from a lot of other products.

We know that Piper cams already pack so much, but does Icontrol have any plans on adding more features? The industry norm for smart devices is IFTTT integration- Is there a possibility that this will happen in the future?

We’re proud to be launching IFTTT support very soon, and we’re even more excited to expand our IFTTT integration as time goes by!

Those are some great insights, Reza. By now, our readers are probably itching to set up their own Piper security systems in their homes. Do you have any discount codes that they can use?

Once again, we thank you for your time Reza! We’re looking forward to what Piper might have in store for the public in the future.

For our readers who want a relatively inexpensive and uncomplicated home security system, then head on over to GetPiper.com.

Readers now is your chance to ask, Reza. Any questions and inquiries fire away in the comment section below!

Note: This interview is neither sponsored nor paid for by Icontrol Networks or Piper. HSL is an independent company, and these interviews were conducted to give our readers pertinent consumer information about these brands which could help them in their future purchasing choices.

Interview with Carter Maslan of Camio.com: “Accessible and Intelligent Video Monitoring Made Simple”