We’ve been talking to some awesome people at Minut to see if they’d be interested to have an interview with us in the hopes of bringing Point to a bigger and hungrier bunch! So a couple of exchange emails with Marcus Ljungblad, co-founders of Minut, and he said…

“Yeah sure, let’s get this done already!”

And off we went…

Thanks for Marcus for opportunity to interview you today! We know how tight things are with the production and shipment deadline closing in!

Let’s get into it…

So you’re a startup, can you tell us what Point brings to the table? What separate you from the traditional home monitoring devices?

Point brings awareness about what is happening in a room without using invasive cameras. Through a combination of sensors and data analysis Point lets users know about unexpected events in their home. For example, we’ve seen that it’s a great fit for people who rent out their home and cannot use complex security solutions or cameras.

Before going to Kickstarter.com, can you tell us how you came about with the idea and how the team came to be?

The first ideas came from our CEO Nils Mattisson who previously worked at Apple in Cupertino. Learning about all the exciting developments within sensors and what could be done by correlating data from these sensors, Nils felt that there was a great opportunity to design and build a product that addressed the need for making sure that home is ok – but one that did not rely on invasive cameras. When looking for where to establish Minut, Nils considered Silicon Valley, Barcelona and Berlin before finally settling on Malmö. Key reasons where access to talent and great logistics with Copenhagen Airport just around the corner. The team quickly travelled to Shenzhen to develop the idea into what eventually became Point.

Point is a home monitoring device that doesn’t include or rely on image capture. At first glance, this sounds like it’s missing key functionality, but when considering more use cases, there are actually some types of users who prefer your monitoring method. What convinced you to take the risk and develop this product? What was it that you thought would be a game changer?

We actually feel that several parts of Point deserve to be called game-changing. The particle sensor, the microphone array and of course the power of combining all these sensors with processing power all bring a lot of new opportunities. Analysis of the data happens on Point so sensitive data doesn’t leave your home. Our key focus when developing Point was however the camera-free perspective and how this could help apartment owners and Airbnb hosts be aware without taking the risk of having connected cameras at home.

Following your first shipment, what Point feature was most popular among customers? From this data, how would you describe your ideal users? I just want to ask this to give our readers, who are new to Point, a good picture of what it offers.

This is different between different geographical markets. In Asia, the biggest interest has been related to air quality monitoring. In other areas the focus has been more on detecting presence or making sure that Airbnb guests don’t smoke or make excessive noise.

The whole team is in Shenzhen right now, is that correct? If so, how are you able to manage customer support demands? What about your growing demands of order across the globe?

Right now everyone is in Malmö which is a bit unusual. We will typically have parts of the team in Shenzhen when we develop hardware or manufacture devices.

What were the major problems/issues (with the device and App) that you’ve encountered after the first wave of shipments, and what has been done to improve?

We are in the middle of our first shipment right now. The single biggest challenge is WiFi-connectivity. One would believe that WiFi is well standardized and thereby easy to design for and predict. However, the huge variation among routers in combination with other challenges on the connectivity side has meant that we had to spend a lot more time on WiFi connectivity than expected. Right now, we are collecting learnings from customers who need extra help in getting their device online and use that information to make the setup process smoother.

Since you first started, how big is the team now? How much have you grown since then?

We started out as a team of 4 and are now 8 people in the team. 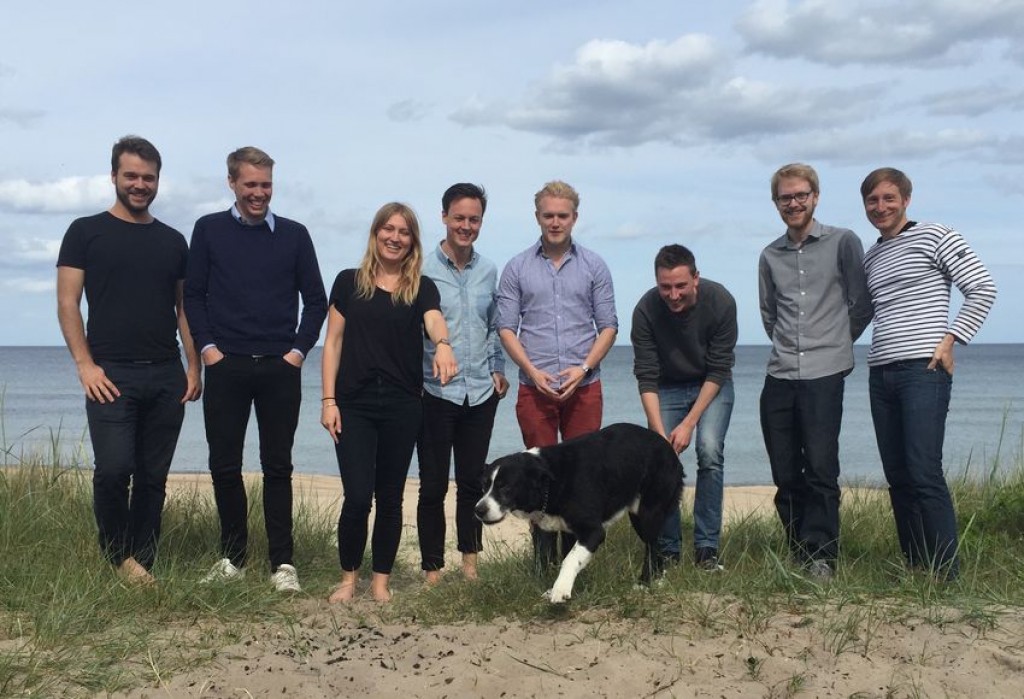 The temperature & humidity sensor is quite interesting. Can you further explain to us how this technology works? Just enough to educate us would do.

The basic level of comfort in our homes are defined by temperature and humidity. No one likes having to run a marathon to keep warm at home. Humidity is helpful to track in places like Sweden where winters can get very dry. Often people have too dry environments at home.

Also, the air sensor is unique to Point. How much smoke does it take before it trips the alarm? Are there exceptions of fumes and hazards that Point cannot detect at this stage of development?

The software for Point is still in an early stage. Basically we are able to measure several different characteristics of smoke and can define the thresholds as we feel is right. While we do not see Point primarily as a fire alarm, we believe that it might make sense to have one type of notification for cigarette smoke (thinking of rented apartments here) and one type of action for fire.

The ability to differentiate noise of a breaking window from a drinking glass is quite exciting. What’s the magic behind this? How long would it take from analysis to sending a notification?

Basically, this is about combining different sources of sensor data. While the sound of these events might be similar, a broken window will also show as a change in air pressure which would be a key differentiator between these events.

Starting out, and along the way, what were the major “ah-ha!” moments in your company’s history? Tell us your favorite memory of business problem-solving.

I think the most revealing a-ha moment was before we even had a functioning prototype of Point and we managed to sell a unit. We were doing customer exploration and all of a sudden the customer said “Ok, I buy one. When can I get it?” That was long before we had a design that was even manufacturable!

Lastly, What should we expect from Point this year 2016? And what’s the best way to talk to you if our readers would like to suggest an idea for a feature?

For 2016 the development of Point is shaped by user feedback. We are fortunate to have received a lot of orders for Point and really want to get all ideas in to make Point even better. Users are welcome to submit ideas through our support email.

Marcus, it has been a pleasure! We would love to do this again with you soon! HSL wish you and your team the best of luck this year and beyond!

To our readers, keep an eye for our full coverage of Point! Drop on your thoughts, suggestions and questions in the comment section below.

[Interview] Summer Kim Of Remocam: “The CES award proved to us that Remocam has the potential to expand its technology, experience, and insight to different interest groups.”