Tech Spotlight: How One Massachusetts Microchip Maker is Bringing Innovation To The Home Security Industry

Technology advancements in the home security industry are certainly nothing new. There have been dozens of Indiegogo and Kickstarter campaigns created over the past couple of years with companies claiming that they have created the technology of the future for securing homes.

But how many of these companies and new brands are creating something that can truly be considered next level innovation? Well, at least one is. Blink, a battery-powered home monitoring system created by a Massachusetts microchip maker, is an innovative product that could be a real game changer in the industry.

The monitoring system, which was created and produced by Boston-based company Immedia, features breakthrough technology that is sure to make consumers ask, “What took so long?”

What’s So Great About Blink?

Well, for the most part, everything. The features included in this small yet affordable device are absolutely astounding. The system is able to record HD quality video, provide live streaming, has motion detection features, and can turn on automatically when it detects someone’s presence in a home. 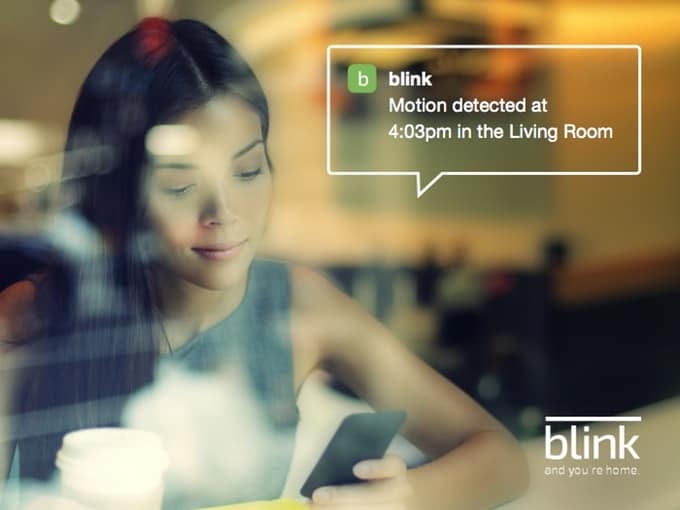 In addition, Blink features a built-in microphone, on-board USB storage, a temperature sensor, and even low-light illumination. The device can be setup to automatically arm and disarm while providing users with the ability to receive instant alerts and status alerts directly to their smartphone.

But that is not even the best part. Blink is also one of the cheapest high level security systems on the market. Consumers have the ability to purchase one, two, three, or five camera packages, with a one camera package costing only $79 and a two camera system coming in at a mere $139.

How Big is the System?

Another thing that consumers love about Blink is the fact that it is such a small and compact security system. Each camera that you purchase is 2.75-by-2.75-by-.05 inches while the Sync Module that comes with it is even smaller, measuring in at 2.25-by-2.25-by-.05 inches. The size obviously makes it a rather discreet system. 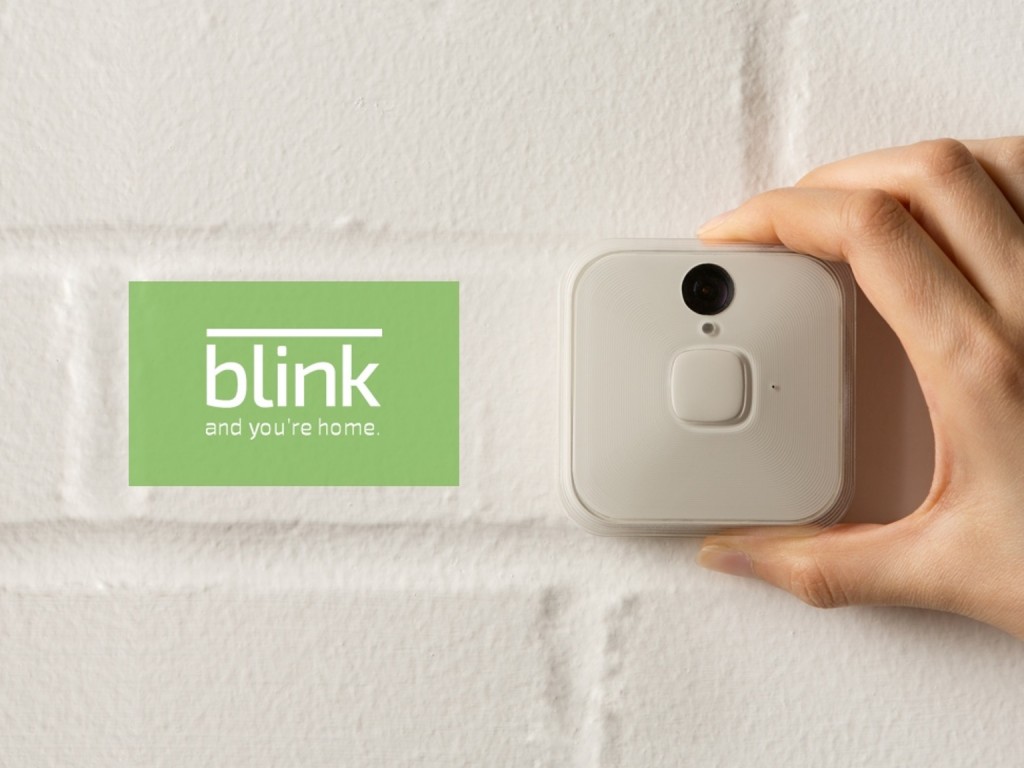 What Type of Video Quality Can You Expect?

All cameras purchased with the Blink system are of 720p HD quality. The low-light illumination feature enables users to receive full-color, HD quality video both day and night. Each camera will actually automatically turn on the LED illuminator when it detects low-light conditions. The LED feature has three different user controlled settings, depending on how bright you want the light to be. 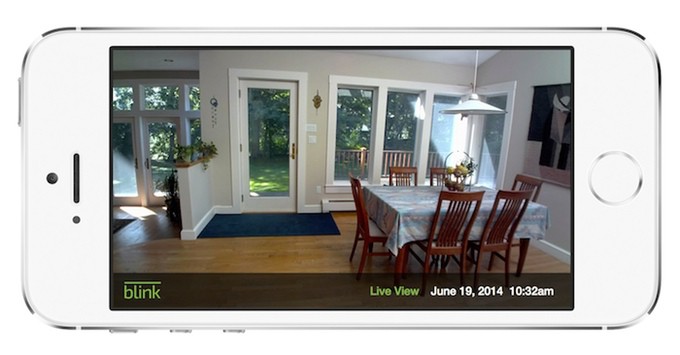 Is the System Private and Secure?

Whenever you are dealing with any type of security system that utilizes video, privacy is a major concern. For this reason, the Immedia team has gone out of their way to ensure that the Blink is a completely secure device. The system features non-hackable hardware and lets you know immediately via mobile alerts whenever a camera is recording.

How Easy is the Blink to Set Up?

When you are talking about a device that has such strong features, you may think that setup would be difficult for the non tech savvy. Fortunately, that is not the case whatsoever. Starting the setup process is as easy as downloading the Blink smartphone app – for either iOS or Android – and then creating an account that links to the purchased system.

From there, the app will actually walk you through the entire setup process step-by-step. The only thing that you will need to do, other than following the setup instructions from the app, is plug the Blink Sync Module into any vacant outlet in your home. You will then need to connect the Sync Module to Wi-Fi before syncing together the Blink camera/s.

The app used to control the Blink system is something that current users have heavily raved about. Modern security system apps are notorious for being unreliable. Fortunately, to this point, there have been no user complaints or issues when it comes to the Blink app. 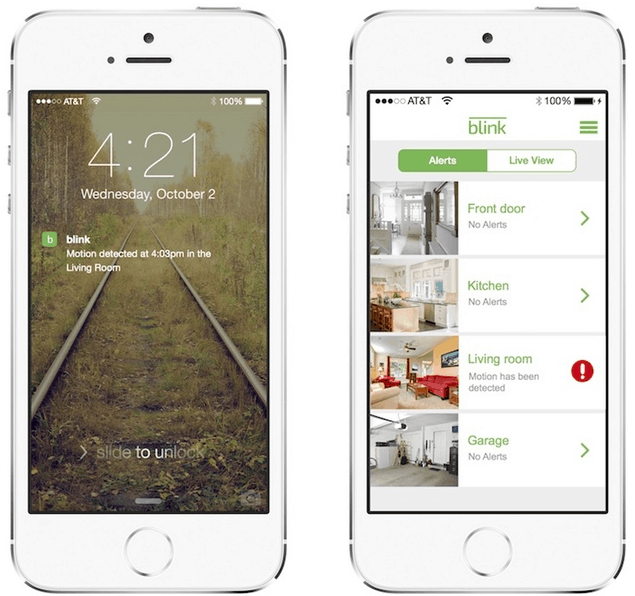 As far as using the app, it is incredibly simple. The home page of the app gives you the ability to choose between the different cameras that you have setup in your home, at which point you can view live feeds, record video, or even take a picture. The only downfall of this is that there is no split-screen functionality, meaning you cannot view two video feeds at one time.

In addition, the app allows you to completely customize each camera connected with your Sync Module. You can change the name of each camera, toggle motion detection capabilities, tweak the LED lighting settings, enable or disable audio, check Wi-Fi strength, and even check the strength of your Sync Module connection.

What Type of Batteries Are Used for the Camera/s?

While most wireless security systems utilize lithium-powered batteries, the Blink device and any additional camera purchased with the system operates using two AA batteries. There are absolutely no cords associated with using the system as everything is handled via battery power.

Taking out and replacing the batteries is rather easy, as the rear compartment simply pops off and does not require a screwdriver. In addition, each set of batteries should power your device for about a year.

What Are Some Issues with the Blink Security System?

Many of the issues associated with the Blink are what you will see with a lot of modern systems. The biggest potential issue is the fact that a strong Wi-Fi connection is required for maximum effectiveness. The Blink staff actually recommends that you have at least three bars of Wi-Fi strength for everything to operate correctly.

Another slight issue is that the device’s motion sensor works by detecting heat moving across the camera’s field of view. That means that individuals will actually have to enter the home for the sensors to be triggered and alerts to be sent.

While the team at Immedia has already developed a reputation for how reliable the app and device are, there are still a few hiccups showing up with some of the features. It should be understood, however, that this device was just recently created in late 2014 and improvements are being made on a regular basis.

Can it Be Used Outside?

At this point, the Blink device is generally seen as an indoor only camera. Immedia has not directly said that the cameras of the system cannot be used outdoors, although you would certainly think that they would advertise this as a major feature if it were possible. 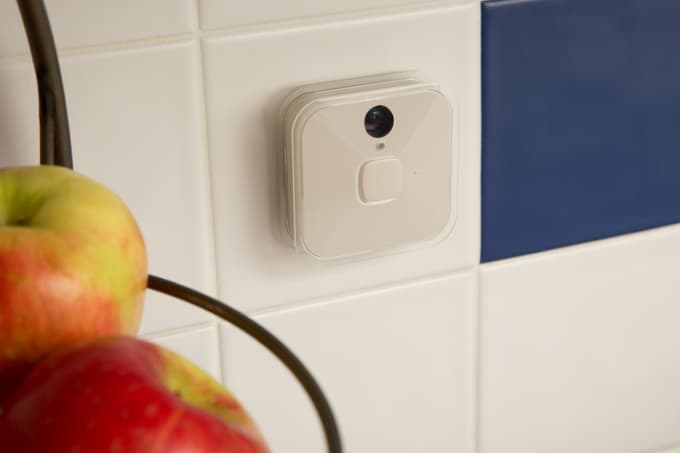 Overall, the team at Immedia really seem to be on to something with the creation of the Blink security system. The fact that they are continually looking to upgrade and improve the system is something that is very intriguing for what is to come over the long term.

If you would like to purchase a system, you should be aware that they are not yet at a point of mass production. While they do have some systems available for immediate purchase, the popularity of Blink has led to some back orders in the past. Currently, Immedia is projecting that they will begin shipping new orders of the product out in March of 2016.

Featured Tech: BeON Home & Beyond… How Much They Have Grown Since Inception