Patent trolls are much like creditors and debtors – they will aggressively fight tooth and nail in order to attain what they believe they are entitled to. While it may seem like the tech industry is a stranger to the concept of patent hounds, the latest news suggests otherwise.

Life360 markets a technology that is “part location, part communicator.” The technology pins where your family members are on an interactive map that appears on your smartphone application. Once you gain access to the location, you can reach out to your contact to communicate.

It is this “pin technology” that is trending on technology news sources.

The Start of the Suit

In May 2014, the CEO of Life360, Chris Hulls, received a demand letter from an aggressive patent attorney who represented Advanced Ground Information Systems (AGIS). The attorney claimed that it’s client was the owner of four patents, which Life360 was infringing upon. As a result, AGIS’s attorney not only claimed that Life360 was required to “cease and desist” its use of the allegedly infringed technology, but that it was also required to pay a “royalty bearing license” for using the patent.

As you can imagine, Hulls refused to pay royalties and he also refused to cease and desist use of the patent. In an equally aggressive move, which bypassed the use of his own corporate or outside counsel attorneys, Hulls responded by stating:

We are currently in the process of retaining counsel and investigating the matter. As a result, we will not be able to meet your Friday deadline. After reviewing this matter with our counsel, we will provide a prompt response.

I pray tonight that karma is real, and that you are its worthy recipient,

Unfortunately, the lawyer who received Hull’s response effectively sued Life360 and attached the letter as an exhibit for the court. The letter not only went before the judge on the case, but it appeared before a jury and Hull’s had to testify about it a year later in the ongoing patent infringement case.

The Trial and the Result

Life360’s patent woe does have positive resolution. The letter that Hull’s sent was hardly a dispositive issue for the court. What the court did rule on was whether Life360 infringed on AGIS’s patent and if so, whether Life360 was entitled to attorney’s fees.

As to the first issue, US District Judge Donald Middlebrooks ruled that Life360 did not infringe on the patent. But rather, the Judge states:

“These Parties never competed, never lost business to each other, indeed had never heard of each other before AGIS lawyers sent a demand letter to Life360, a startup company that, while showing promise, had never made a profit. The letter demanded that Life360 either negotiate a royalty or shut down its service… While I stop short of a finding of bad faith, continued assertion of these claims seemed designed to extract settlement not based upon the merits of the claim but on the high cost of litigation.”

To put it more plainly, the Judge is saying that there is no merit to AGIS’s claim and that the suit was most likely brought to extrapolate money from a startup company that was not its competitor or business partner.

In terms of the second issue, AGIS did not fare any better. Rather, the court awarded a majority of legal fees to Life360. That is to say, AGIS must pay $684,000 to Life360 for bringing about the meritless lawsuit, forcing Life360 to expend massive legal resource, and wasting the court’s time. Essentially, such a high award of attorney’s fees to the other side is meant as a deterrent for future actions. As a result, Life360 can expect fewer meritless patent infringement lawsuits against it – or maybe not.

Patent Infringement is a Common Issue 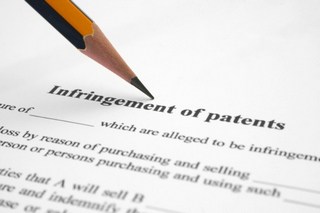 Since patent infringement is a common issue in the industry and its impact can mean life or death from companies that are frivolously sued, Hull’s lack of passiveness has perhaps marked a shift in the future of patent infringement suits. Rather than sit back and allow the “bullying” to take place, Hull stood up against the claimants and took the matter into his own hands. As Hull smartly mentions on his website combating AGIS:

AGIS creates “a hostile environment in which troll-like behavior is no longer a financially viable way to operate.”

“AGIS may not be the exact definition of a troll, but the entity’s behavior is eerily similar,” Hulls wrote. “Perhaps it’s just a business struggling to stay afloat and grasping at any thread to stay alive.”

Shocking Defense From An Armed Thief Gets Caught On Tape

Tech Spotlight: The Lockitron Case Study: How They Made It Without KickStarter's Help